Before I met Ashtanga yoga, my hobbies were learn something to the physical training, Anatomy and Nutrition through the Brazilian marshall arts. I was very healthy but when I was twenty eight years old, A lot of hardships happening me and became sick. I received shock and the mentality, physicality and  iImmunity were very depressed. I was not able to ate anything, finally became eating disorder.  My weighed just thirty five kg at that time. I couldn’t move much due to lack of stamina. At such time, I met yoga. It was a relaxing yoga with so slow movement. I was very comfortable, deeply impressed and I became interested in yoga. I thought learn more about yoga soon, so I enrollment a school where I could study various yoga and met Ashtanga Yoga. The practice of Ashtanga Yoga was very difficult for me unlike that before. However I don’t know why but I felt that I wanna go there soon. Ashtanga Yoga had mysterious charm. After three months, I kept practice Ashtanga Yoga and backed to healthy state. The weight, blood pressure, liver function, and gynecological problems were improvement all. I found the light by practice. I was able to knew on the only one yoga mat what should I do now and what I need.  And then, I learned to how to make happy more by myself. The Yoga mat is the big world’s the enter gate. The community has spread to the world from there. That world has the never end. So it doesn’t need to hurry. The nationality and gender of Ashtanga Yoga trainees many different, but the yoga practice is equal right for all. It has a sense of fulfillment such as a sense of achievement, exhilaration, comfort and confidence from daily practice. Sometimes it has feel defeated but it’s elements that create happiness too. “Practice practice practice… all is coming.” I keep practicing anytime anywhere that’s why.

2007 Sep Moved to Bangkok from Tokyo for work.

2008 Started to teach a Yoga on some Yoga Shala/Studio. 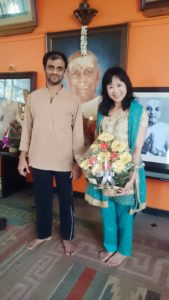 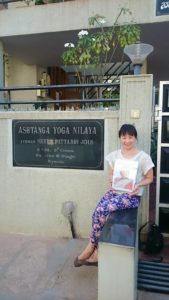 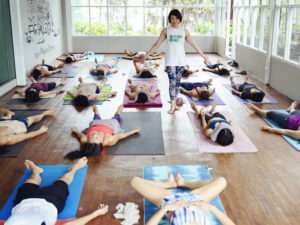 2016 Jul/Aug Joined to Special course for teacher by KPJAYI. 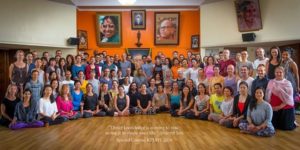 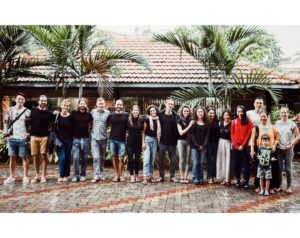